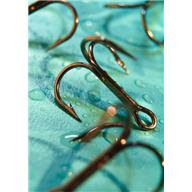 When most readers reach the middle of a chapter, they start counting the pages to see how many are left.  They do this to find a good stopping point.  The problem is that sometimes, if the book is slow, the reader will not pick up your book again and you’ve lost him.  The trick to keeping him turning pages and keep your story fast-paced is to use scenes and sequels to create hooks at the beginning and end of chapters.

Your story should start with some sort of hook to make the reader want to continue.  Most often action is used to sweep the reader along.  After using the scene-sequel pattern, you come to the end of the chapter and must decide where to stop.

Chapter Endings:  If at all possible, try to end each chapter with a cliff-hanger to force the reader to turn the page.  The cliff-hangers can vary in intensity, but should make the reader curious enough to find out what happens next.  The best way to do this is to use one of the following:

1)  Disaster – End the chapter at the end of the scene with the point-of-view character being hit with the disaster.  The reader will want to turn the page to see if the character survives it and what happens next.

2)  Dilemma – End the chapter in the middle of the sequel with the point-of-view character having to decide what to do.  His choices aren’t great, but he has to do something!  What will he do?  The reader must turn the page to find out.

Ending a chapter with Goal, Conflict, or Reaction are weaker choices.  However, even these can be very effective with the right plot situation. 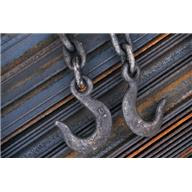 Next time we'll discuss how to use Scene and Sequel to pace your story.  Feel free to contact me at pam (at) anauthorworld (dot) com, if you need help with your writing.
Posted by Pam Zollman at 11:03 PM 5 comments:

Today I’m finishing up my series on attending a writers conference with a great post from my writing and critique partner—Vonda Skelton. She originally posted this on her blog in 2009. Read the original here. She offers great advice on how to be a gracious addition to any conference!

Vonda Skelton is a national speaker, freelance writer, and the author of four books, including Seeing Through the Lies: Unmasking the Myths Women Believe and the Bitsy Burroughs Mysteries for kids. She is the owner of The Christian Writer’s Den Writing Blog, She and Gary have been married 41 years—and they’re still happy about it!
Conference Etiquette
Here are some suggestions on how to be a gracious receiver of an editor's or agent's or other faculty member's time and input:
So there you have it--suggestions on how to present yourself as a professional writer, as well as a kind, considerate person. ;-)
Now it's your turn - have you witnessed any crazy behavior at a writers conference? Have you seen anyone go above and beyond at a conference? I want to hear your stories.
Posted by Edie Melson at 6:00 AM 1 comment: 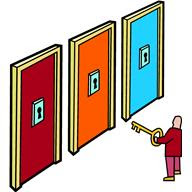 We all know how important the right decision is. The more important it is, the more time we take to process all the information we know that concerns that decision. Your character has reacted to the last scene's disaster. He has realized his dilemma of not knowing what to do next. After weighing all his options, he now makes a decision. And, yes, this is a very important decision!

Be sure to make your character proactive, that he actually makes the decision and that one is not forced on him (making him passive and not as interesting). Give him options, but don't make any of them easy. The more risky the decision, the more intensely involved is the reader. This is another way to raise the tension.

However, be sure that the decision is workable, even if the percentages are small (otherwise, you paint yourself into a corner). Now the reader is forced to turn the page to see if the decision is the right one and if it will work. 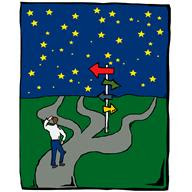 3 parts to a Scene

3 parts to a Sequel

Visit AnAuthor World's website (www.anauthorworld.com) for information on our fall writing conference, The Story Continues. It will be Saturday, October 15, 2011, at Furman University, 3300 Poinsett Highway, Greenville, SC. If you have questions about the conference or just writing questions in general, feel free to contact me at pam at anauthorworld dot com.