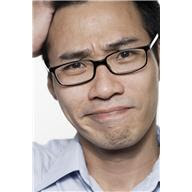 Your main character has been through a scene where he had a definite goal to accomplish, but ran into trouble. That trouble or obstacle caused conflict between your character and another person or nature or society or even with himself. This conflict didn’t turn out the way your character hoped; instead, it was a disaster. He didn’t achieve his goal; in fact, things probably just got worse. Your character reacts to this disaster with horror, grief, surprise, sadess, disgust or some other emotion.

Now your character has to ask himself, "What do I do now?" 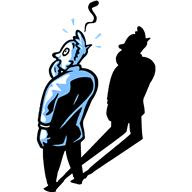 The second part of Sequel is Dilemma. Your character now finds himself in a bad situation. During this part, you will raise the tension as your character goes through his options. His options should be few and none of them good. Even if your character does nothing, that is a choice and usually a really bad one. As your character examines all his options, your reader will be on edge, worrying about what will happen next.

How much time do you spend on Dilemma? That all depends on your story and where you are in your story. As discussed in previous blog posts, the bigger disaster requires a longer sequel. A small disaster requires a smaller sequel. Sometimes all your character can think (or is implied) is, “What do I do now?” Other times, your character must weigh all his options before he takes another step. If the plot calls for it, let your character work through his choices, even if this slows down the pace. If this is a major decision, then your reader will want to experience the character’s thinking process. Otherwise, don’t let your character agonize over every single dilemma in the story.

For example, if your character finds that he’s standing on a landmine at the end of the scene (okay, that’s a pretty big disaster), his reaction and dilemma will have to be explored. After all, this is life or death, or, if not death, then maimed for life. If your character finds that he has a flat tire at the end of the scene, it’s probably not life or death. His reaction is probably frustration because he’s on his way to a job interview and his dilemma might be whether to change it himself and get dirty, but be on time, or to call for help, stay clean, but be late for the appointment.

Don’t skip Dilemma, even if it’s so small as to be implied. At least imply it. Your reader may not know why, but he will be dissatisfied. The missing piece, no matter the size, could pull your reader out of the story as he tries to figure out why your character does what he does.

Questions? Feel free to contact me at pam@anauthorworld.com and I’ll try to help you with any story problems.

Posted by Pam Zollman at 6:28 AM No comments:

Google Plus - Will it Live up to the Hype?

Have you heard the hype? Google is out to change the world—or at least the online part of it. Chances are, if you’re connected at all, you've heard the rumblings that have marked Google’s entry into the social networking arena with Google Plus.
I’m a small player in a big world, but I’m loving the view from the sideline. I’m observing the polarizing effect this is having as the big dogs take sides. I, for one, am cautiously impressed. After a short time of experimentation I’ve found Google + a big improvement on many of the other options out there.
Here are the things I particularly like:

Granted Google + is still in beta mode, but I’m enjoying this new universe. I recommend you find a way to wangle an invitation and begin to test the water. Let me know what you think.
Posted by Edie Melson at 8:09 PM No comments: 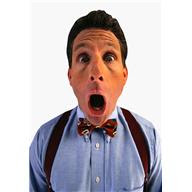 The three parts of a Sequel are: Reaction, Dilemma, and Decision. Readers read for emotion, and sequels provide an abundance of that. Sure, there's emotion involved in scenes, but your character doesn't have time to really experience it. Now, in the following sequel, he can.
Every action has a reaction. And after experiencing a disaster at the end of the scene, your character will experience a reaction, an emotion of some sort. A disaster hurts your character. How m
uch of a reaction or a hurt that your character experiences will depend on how big the disaster is and what it involves.
During "reaction time," your character is off-balance, reeling from the disaster. When your character hurts, your readers hurt for them. So, don't be afraid to hurt your characters and then allow them to feel the blow.
Remember, though, to keep the reaction appropriate. A pimple may just be an annoyance to a business woman. A pimple is a major disaster to a teen girl on prom night. The business woman's pimple may be a small "disaster" in that it may have resulted in stress that she doesn't want to show. A teen girl, on the other hand, may agonize over a pimple on that special night.
Sometimes, a series of fast-moving scenes with end-on-end disasters will not allow much time for reactions. A wave of emotions may flicker across your character's face as he speeds through the sequel, or your character may be operating in shock. However, there will come a time that your character will have to process all that just happened, and the first thing he proces 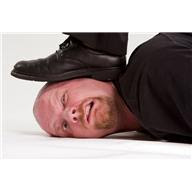 ses is his reaction to what just happened.
Also remember that in real life, people don't like to be around others who moan and groan constantly and have a woe-is-me attitude. And in books, readers get feed up with characters who do the same. In life, people leave. In stories, readers close the books. So, if you feel that your character must moan and groan, make sure that it's something really important. Then let him do it in the appropriate sequel...and everyone will be pleased.
Next time we'll cover: Dilemma!
If you have questions, feel free to contact me at: pam@anauthorworld.com. And visit AnAuthor World's website: www.anauthorworld.com.
Posted by Pam Zollman at 9:39 PM No comments: